Why should I OEM/ODM in Taiwan?

Why Should I OEM/ODM in Taiwan?

At late 20 centuries, after World War II, Taiwan has created so called “Economical Miracle” with its industrial manufacture ability. That’s when the first trend of globalization has pushed all international companies to look for lower labor cost manufacturers world widely. Many OEM orders was placed to Taiwan which helps Taiwan raise its GDP from $153(1960) to $5350(1987) within 20+ years. The world leading NO. 1 semi-conductor OEM company-TSMC was set up at 1987.

Starting from early 2000 year, the burst out of red supply chain attracted many international companies to set up facilities in China. Even certain amounts of Taiwanese enterprise chose to move to China. Until recently the Trade War has stopped China from growing bigger.
Now international companies faced one question: Where can I find the next business partner? My answer is Taiwan; the reason is as followed:

The OEM experience after World War II provided Taiwan deep knowledge of manufacturing and quality control. Taiwan is trained to make the product well in details. Although the industry slowed down a bit since China raised, we see it’s a chance for industrial transformation and generation alternation. The gap in between orders is in turn a break for new generation to innovate more creative ideas on manufacturing. The combination of new and old industrial generations would activate more solid and powerful OEM ability.

According to Ministry of Economic Affairs, Almost 99% of Taiwan enterprises (97.64% in 2018) are  medium to small size. This provides great flexibility when facing uncontrollable changes such as financial crisis or trade wars. In fact, many Taiwan enterprises stay small to keep its ability to sense the environment change, and further react to it by improving internally quickly.
Taiwan’s culture and personality has been very reliable and trustworthy. Song Yih has developed many wonderful projects with clients and it’s never a problem when it comes to keep the information confidential.

We hope this gives you an idea when you have a new project to develop, where you should go.

www.hsiehmetal.com
HSIEH Metal was founded in 1976 and has been specialized in Metal Products Manufacturing and Tooling.
Metal stamping parts | Casting parts | Forging parts.
Our factory is located in Taiwan and China.
Made in Taiwan
Location: 台灣 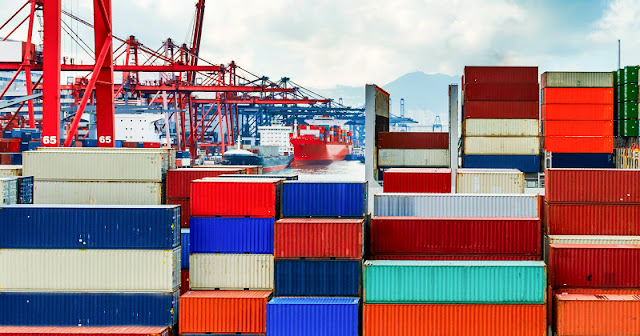 What is CIF (Shipping) ?

In addition to FOB, CIF is also seen a lot in Incoterms. FOB is Free On Board(see What is FOB? )means all risk/cost before shipment loaded to the vessel belongs to the seller. CIF is Cost, Insurance & Freight, means insurance and freight charge happened before the vessel is arrived at destination port belongs to the seller.  However, seller only covers the freight cost and insurance cost.  The risk after loaded onto the vessel still belong to buyer. However, CIF doesn’t authorize the transfer of shipment owner right.  The payment term will define the owner right.  That means only when buyer followed the payment term and make the payment on time, the shipment owner right will then be transferred. FOB v.s. CIF If a shipment is traveling from Taiwan to England based on CIF, what’s the additional charge versus FOB term?  Please see followed: 1. Ocean Freight 2. Bunker Adjustment Factor 3. Terminal Handling Charge 4. Document Charge 5. United Kingdom Surcharge 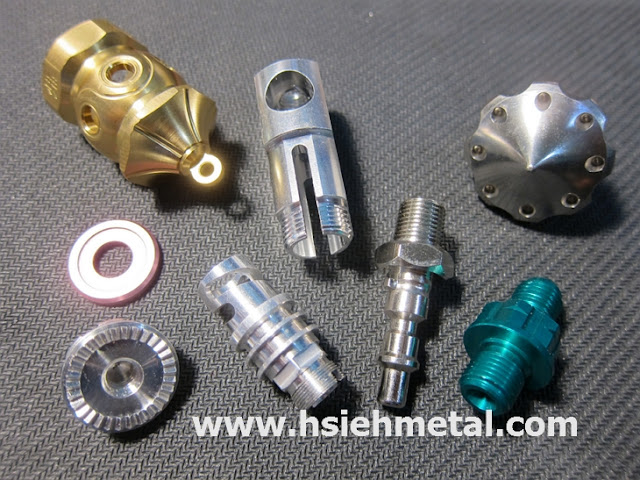 What is different between SWISS TYPE(Sliding head) Lathe and Conventional (Fixed head) Lathe?

CNC Machining Parts, Taiwan. ﻿ CNC is Computer Numerical Control. It’s a high efficiency machine that costs lower employee and produce precisely. There is a big family of CNC lathe and here we would like to talk about Swiss Style Lathe(Sliding head) and Conventional lathe (Fixed Head). These are the two major members in the family. CNC Machining Factory- Hsieh Metal, Taiwan. SWISS-STYLE compound CNC Lathe machining A Swiss type lathe machines small parts diameter under 33mm. A bar feeder feeds the stock continuously.     While operation, its headstock moves.  Bar stock pass through a chucking collet in the headstock, which clamps onto it.  The bar emerges into the tooling area through a guide bushing, which locates the bar raidally during machining.    T he spindle cramped the material and rotate while tooling travel X and Z axis to perform the machining jobs.  All work includes drilling, taping and milling were performed quickly and perfectly.  The Swi 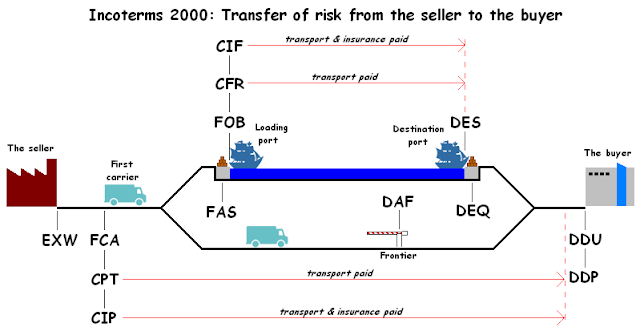 What is FOB (Shipping) ?

When we received a quotation from oversea suppliers, “FOB” is often shown on the price term column.  But what is FOB term? Followed is expiation from WIKIPEDIA: “FOB, "Free On Board", is a term in international commercial law specifying at what point respective obligations, costs, and risk involved in the delivery of goods shift from the seller to the buyer under the Incoterms 2010 standard published by the International Chamber of Commerce . FOB is only used in non-containerized sea freight or inland waterway transport. FOB terms do not define transfer of ownership of the goods. The term FOB is also used in modern domestic shipping within the USA to describe the point at which a seller is no longer responsible for shipping cost. Ownership of a cargo is independent from Incoterms. In international trade, ownership of the cargo is defined by the bill of lading or waybill.”-- (SEE MORE HERE) To understand it in a very simple way, FOB means the quoted price cover to 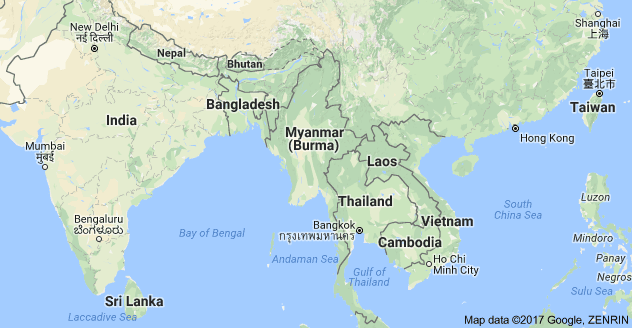 Our Trip in AUTO Expo Myanmar (Yangon)  Myanmar (Burma) Myanmar (formerly Burma) is a Southeast Asian nation, bordering India, Bangladesh, China, Laos and Thailand. Business Trip There is a trade fair in Yangon, Myanmar- “Auto Expo and Power Expo Exhibition “ on SEPT.28 - Oct.1, 2017. It’s located in Tatmadaw Exhibition Hall (U Wisara Road Yangon, Myanmar). This trip is to visit my friend in the booth and do market research. I’d like to see Taiwan suppliers in this show. People often wear Longyi in Myanmar, this is one of the culture in Myanmar, even visiting the fair. Myanmar’s Automotive Industrial is growing, especially in after market; most of the cars are from Japan and Korean. 80% of the vehicles are used. Even most of imported auto parts are second hand too. The demanding of vehicle is getting high due to sustainable improvement of economics, construction and environment. Main Item Purchased: Auto Repair tools, Automobile (Vehicles) body elect 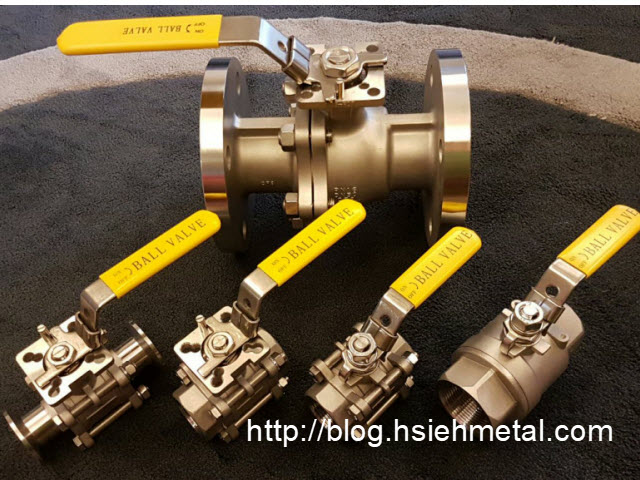 A trip to Wenzhou

Two things you need to know about Wenzhou: Wenzhou Entrepreneurs(Times report) and valve industry. This April we went to Wenzhou to visit a Wenzhou Entrepreneur who is making valve. China produce the greatest amount of valve used in the world.  And 80% of them are made in Wenzhou.  Wenzhou has its special group clustering effect so the vertical industrial chain supply of valve is very mature.  This also makes Wenzhou the biggest valve manufacture and exporting base. Our partner is one of the obvious examples of Wenzhou valve Entrepreneurs.  Almost his entire family is doing valve-related business.  There are casting foundry for valve body, CNC machining for valve accessories, and assembly line for different kinds of valves. Feel free to discuss with us about valve products. www.hsiehmetal.com HSIEH Metal was founded in 1976 and has been specialized in Metal Products Manufacturing and Tooling. Metal stamping parts | Casting parts | Forging parts. Our factory is loca